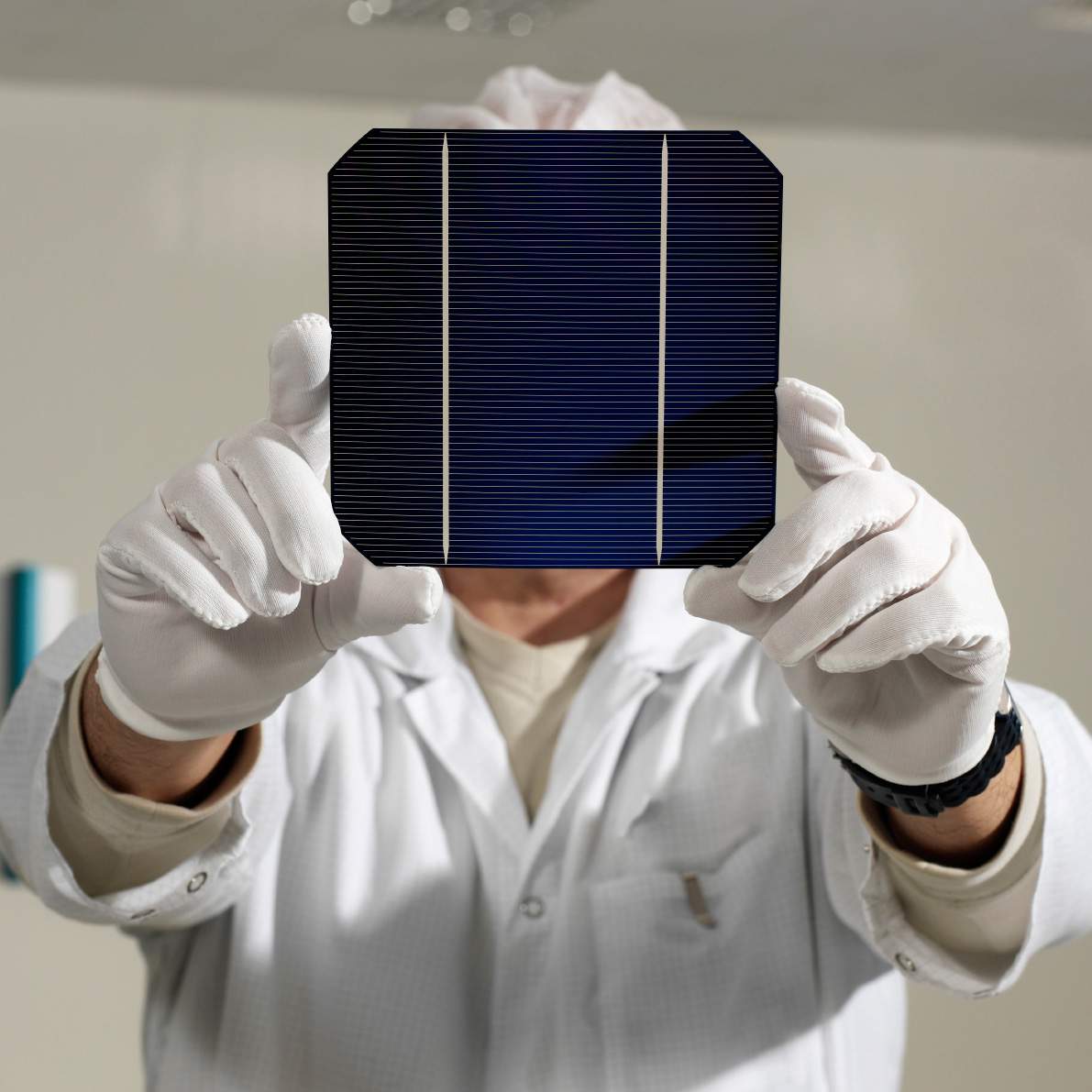 We have chosen to focus our efforts primarily on deploying solutions built around PVs. Often our solutions also incorporate energy storage. The world’s energy demands are increasingly moving towards electricity-based economies, and applications that used to rely on fossil fuels (e.g. heating or transportation) are migrating to electricity. PV systems produce electricity directly.

Production of PV panels, inverters and associated solar system equipment are all considered mature industries with several producers worldwide. However, the quality of each component varies significantly from producer to producer.

Fundamental to Living Energy’s procurement strategy is to ensure our customers always receive the best quality at the right price.

We refuse to compromise on quality as experience shows it never pays off. In a PV system, downtime or a short lifetime decreases the economic benefit of the investment. Therefore, our solutions are designed around three pillars shown in the graphic on the right.

These focus areas are proven to be key to successful PV projects and are a fundamental part of our project DNA. Welcome to the world of modern energy.

Generally, Living Energy works as a developer, developing projects from early stage to ready-to-build, often with financing onboard. 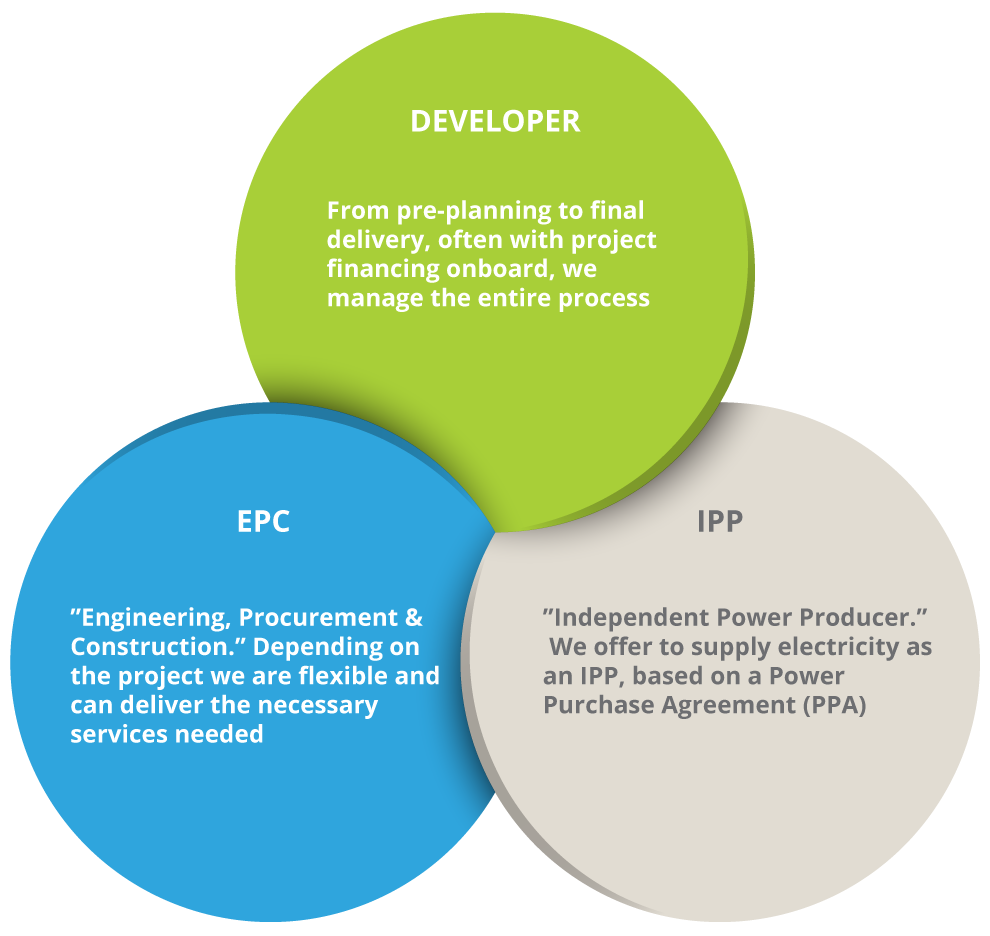 The graphic below shows the segments Living Energy works with to deliver state-of-the-art renewable energy solutions. 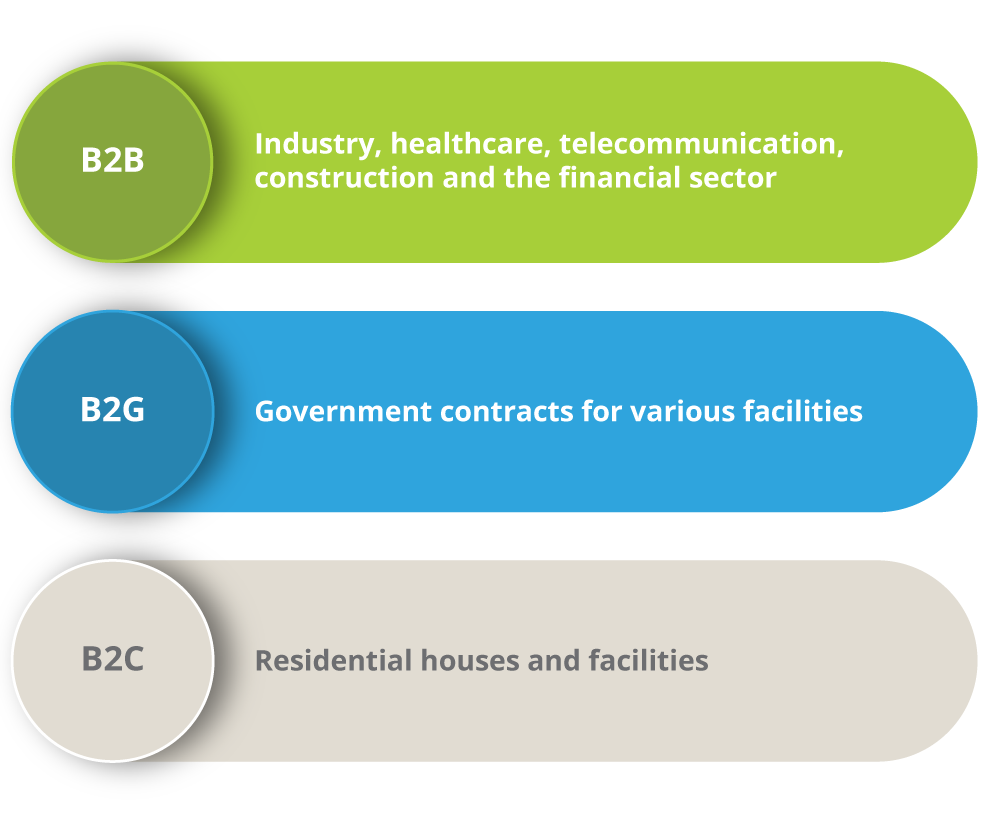 Around the clock we strive to bring clean, modern energy to the world, with a particular strategic focus on Africa, Asia and The Caribbean Islands.

Europe is no longer the dominating region in clean energy investments. In 2015 European investments slipped 21% to $49 billion while spending in the rest of the world boomed to a record of $329 billion. China, is the world’s dominating clean energy investor followed by the rest of Asia who surpassed both Europe and the US for the first time in 2015. The Middle East and Africa recorded a 58 percent rise in investment in 2015, to $12.5 billion. This trend is continuing.

It is remarkable that these increases were achieved during a time of historically low fossil fuel prices and changing policies on government subsidies.

Of the different renewable technologies, only solar and wind power have continued to see year over year increases. This trend is expected to continue up to and well beyond 2030, as many countries strive to meet their CO2 emission goals by then.

This site uses cookies. By continuing to browse the site, you are agreeing to our use of cookies.

We may request cookies to be set on your device. We use cookies to let us know when you visit our websites, how you interact with us, to enrich your user experience, and to customize your relationship with our website.

Click on the different category headings to find out more. You can also change some of your preferences. Note that blocking some types of cookies may impact your experience on our websites and the services we are able to offer.

These cookies are strictly necessary to provide you with services available through our website and to use some of its features.

Because these cookies are strictly necessary to deliver the website, you cannot refuse them without impacting how our site functions. You can block or delete them by changing your browser settings and force blocking all cookies on this website.

These cookies collect information that is used either in aggregate form to help us understand how our website is being used or how effective our marketing campaigns are, or to help us customize our website and application for you in order to enhance your experience.

If you do not want that we track your visist to our site you can disable tracking in your browser here:

We also use different external services like Google Webfonts, Google Maps and external Video providers. Since these providers may collect personal data like your IP address we allow you to block them here. Please be aware that this might heavily reduce the functionality and appearance of our site. Changes will take effect once you reload the page.